So, you’ve made excess or bought too much cheesecake and it is so delicious you don’t want to give it out or throw it away. For some of us, throwing good cheesecake away is never an option so we resort to having it stored in a refrigerator. But then again, how long does cheesecake last in the refrigerator?

The amount of time cheesecake remains fresh in your refrigerator depends on various factors. Some of those factors include the packaging date, the type of cake, and how the cheesecake is stored.

Although the main ingredient in all types of cheesecake is cream cheese, cheesecakes exist in a wide variety. They come in a variety of toppings or crusts, and some even have added ingredients to spice it up.

Can Cheesecake Go Bad and Why?

Certainly! – As with most foods.

But before you run off with that answer, here’s why cheesecake will go bad:

Cheesecake is one of the most delicious and popular desserts out there and its main ingredients are cream cheese or ricotta, sugar, and then eggs.

Two of these major ingredients, sugar, and eggs, are the major culprits in why cheesecake goes bad.

To deal with this, it is advisable to have your cheesecake stored at really low temperatures rather than at room temperature.

How Long Does Cheesecake Last in the Refrigerator? – Unopened Cheesecake

Unopened cheesecakes can either be bought fresh or frozen. Irrespective of the state in which cheesecake is bought, it always lasts for the same length of time.

Unopened cheesecake can stay for 5 to 6 days in the refrigerator after the ‘best by’ or ‘sell-by date’.

However, cheesecake lasts longer in a freezer for about 6 to 8 months.

How Long Does Cheesecake Last in the Refrigerator? – Opened Cheesecake

Like all foods, cheesecake that has been opened but not eaten won’t last long if it is not stored properly.

It is best to keep cheesecake that has already been opened in its original container. You can then wrap it tightly in a plastic wrap to keep it fresh.

Open cheesecake will last for 5 to 7 days in the refrigerator if it is sealed properly.

And similar to the unopened cheesecake, cheesecake that has been open can also last for 6 to 8 months in the freezer. 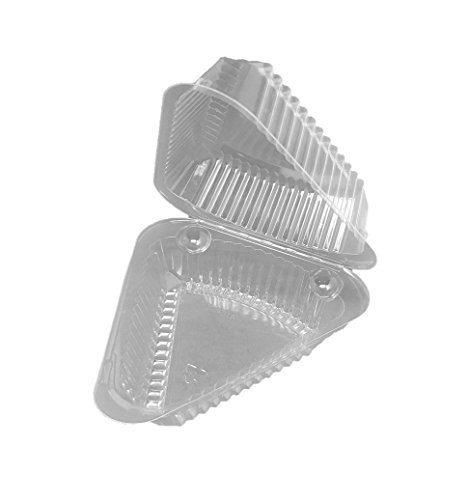 How Long Does Cheesecake Last in the Refrigerator? – Homemade Cheesecake

Except you plan on having a large group of people over, it is really not advisable for you to make so much cheesecake that you and your household wouldn’t be able to finish sometime soon.

However, in the event that this happens, you can store the cheesecake in the freezer for a little over 3 months and in the refrigerator for 3 to 5 days.

If it stays too long in your refrigerator, then the cheesecake will start to show signs that it is going bad.

Don’t have any yet? We recommend the Cheesecake Wedge Containers from Mr. Miracle. They are food-grade containers with lids that come in a pack of 25 and cost less than 10 dollars to have.

Alternatively, you may like the larger Dart Clear Hinged Lid Plastic Container. These containers also come in a pack of 25, are durable, crush-resistant and see-through.

How Long Does Cheesecake Last in the Refrigerator .vs. in the Freezer? – A Comparison

Note that the time for storage indicated above is only estimated. The store-bought cheesecake will definitely last longer than the homemade cheesecake because preservatives have been added to keep it fresh for a longer period.

How to Tell If Cheesecake Has Gone Bad

The first thing you want to check out to determine whether or not your cheesecake has gone bad is its physical appearance – color as well as texture.

A cheesecake that has gone bad usually changes from its creamy yellow color and begins to develop some brown color around its edges.

More so, the moist texture of cheesecake changes as it gets bad. When it looks and feels drier than it should be, do yourself a favor and dunk it in your trash can.

Then there’s the smell too. When cheesecake goes bad, it starts to give off a rotten or sour flavor.

A change in smell is usually an indicator that your cheesecake has gone bad. 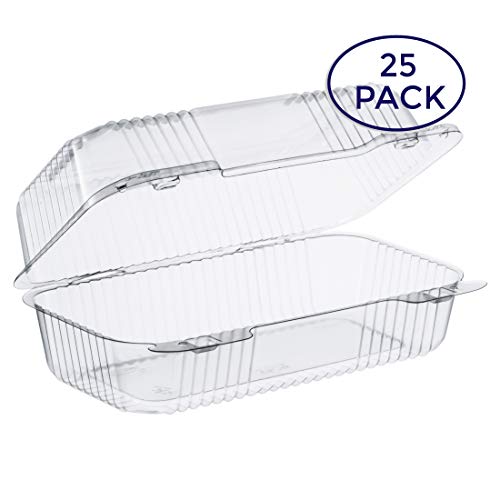 Check out these other in-depth articles/reviews…

How Long Does Cheesecake Last In The Refrigerator — A Quick Recap

Cheesecake lasts for almost the same length of time irrespective of its ingredients and the type that it is.

So, if you decide to keep your cheesecake in the refrigerator, try to eat it on the fifth day. And in case you forget to eat it by the 7th day, check the texture, color, and smell before eating it.

Meanwhile, never forget that the safe temperature to store cheesecake in order to extend its shelf life is at or below 40⁰F.

Want to dig in for more information on food storage? This detailed article provides tips, recommendations, and expert guide on how to store food safely. Check it out!

Related FAQs — How Long Does Cheesecake Last In The Refrigerator?

Does a cheesecake need to stay in the refrigerator?

The life of a cheesecake depends on a lot of things, such as the type of cake, the preservative used, the date packaged, and the form of storage. Therefore, a cheesecake should not be left sitting on the counter like the simple cake pack; it must be refrigerated or frozen.

Storing the cheesecake in a refrigerator will keep it fresh.

So, cover the cheesecake very tight to keep moisture and other contaminants out, and store at 400F or lower after buying or making.

Can I freeze a cheesecake instead of refrigerating?

Cheesecakes can be frozen instead of refrigerated, especially if you want to maintain the creamy texture.

Afterward, remove it and wrap in a plastic wrap, then aluminum foil. Cheesecakes can stay in a freezer for up to 3 months. When you’re ready to eat, you can then defrost.

What happens if I eat bad cheesecake?

If you didn’t make or buy the cheesecake and you don’t know how old it is, try looking for visible signs of spoil. Some of these signs include bad smell, dried and cracked edges, if the toppings have turned to leather or the cheesecake is discolored. All these are signs of spoil amongst others.

So, eating bad cheesecake can cause food poisoning.

Harmful bacteria like salmonella and listeria can grow on them. There’s no way you can see, taste, or smell these bacteria, which is why you should monitor when the cheesecake was made so you can throw out the rest once they’ve reached the limit.

What is a no-bake cheesecake?

A no-bake cheesecake has no eggs and is usually set by chilling in the refrigerator.

The textures of both cakes are also quite different. The no-bake cheesecake is softer, and almost mousse-like compared to the baked cheesecake which is dense.

How long does a no-bake cheesecake last in the refrigerator?

After completing the procedures in making a no-bake cheesecake, which includes:

Then, you can store the no-bake cheesecake in the refrigerator.

Meanwhile, a no-bake cheesecake will last for about 5 days in the refrigerator.

Can I freeze a no-bake cheesecake?

And while this might take more time, the wait is worth it.

However, you can freeze a no-bake cheesecake if you plan to eat it at a later time. After setting it in the refrigerator, wrap the whole pan in a plastic wrap, then in an aluminum foil. A no-bake cheesecake can stay up to 3 months in the freezer, after which you then defrost to eat.

Next Post How to Clean a YETI Cooler [Detailed Guide]

Any cookies that may not be particularly necessary for the website to function and is used specifically to collect user personal data via analytics, ads, other embedded contents are termed as non-necessary cookies. It is mandatory to procure user consent prior to running these cookies on your website.